Yes, I've been quiet here. Too quiet. I really do/did intend to have an active blog. The act of writing, whether of happy or sad times, is cathartic for me.

So where have I been? The gym. On SparkPeople. And playing CityVille on Facebook. The first two aren't bad - the gym is important, and I have ramped up my time and intensity working out as I participate in our local version of "The Biggest Loser," called "The Right Weigh." SparkPeople.com is a free, vast online site that supports people pursuing healthier lifestyles (yes, and losing weight). You can track your calories in and calories out and participate in forums, blog, etc. Most of my blogging energy has gone there, as most of my thoughts in the last month and more have been on weight.

Finally, there's CityVille. Just the latest in a string of Facebook games that have sucked me in. In the time in which I've been on Facebook (Two years? Three?), I've seriously played Knighthood, Warlords, Mafia Wars, Farm Town, FarmVille, CafeWorld, Treasure Isle, Treasure Madness, FrontierVille, MyTown, and now CityVille. Plus various and sundry word games, like PathWords, Scrabble, Wordscraper, Word Drop, and many more. Do you see the pattern here? I do usually play one at a time - meaning when I get heavy into a new one, I drop the old one. Most of the time. But I sometimes have played as more than one person. I have two cities in CityVille at the moment, for example.

Is it a problem? Probably. Or at least I might have to admit it is when I say to my husband yesterday, "I'm thinking about giving up my FB games for Lent - do you think I could do it?" and he, without batting an eye, states firmly "No."

Yikes. And I do spend too much time on them. How much could I get done around the house if I weren't cooking up fake eggs? How much more could I interact with my kids if I weren't busy digging up treasures? How many more books might I have read if I weren't so involved with building bookstores in fake towns?

I know I use the games as a means to relax - and to avoid. Is it better than using food? Or drugs? I guess. But it's in the same vein - numbing out from what's going on around me. The idea of giving them up even makes me a little nervous - what WOULD I do with that time? Would my kids expect me to play with them every minute? (Often I play on FB while they are on their own screen - although we try to limit THEIR screen time per day.) Would I actually get the house clean and be expected to keep it that way? What would I do for fun in the middle of the day?

Maybe it's time to find out, even if just for 40 days. I have a whole LIST of things I'd like to do, big and small, that I never seem to get to. Like staining the front bench. Or cleaning out the unfinished side of the basement. Or writing that book.

Will they all happen if I give up my escapes? Probably not. I do still have kids to take care of, laundry to do, dinner to cook. I do still need to get to the gym and focus on my health. And I'm not giving up Facebook altogether. But I think I might be surprised at how much more I do accomplish.

Including, perhaps, keeping up with this blog a little more. Even if it's just for me.
Posted by Unknown at 6:22 PM No comments:

Out of the Mouth of Eleanor... 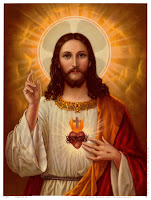 Ellie ran up to me last week and announced proudly, "MOM! D-O-G spelled backwards is JESUS!"

I couldn't help but laugh out loud. We'd been talking a few days before about the spellings of God and dog, as she had then said, "D-o-g spells God!", which I also had to correct.

Well, at least she's got the essence of the Trinity down at a young age - they are separate and yet the same. Just spelled differently. Bwah ha ha.
Posted by Unknown at 5:59 PM No comments: