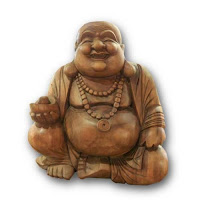 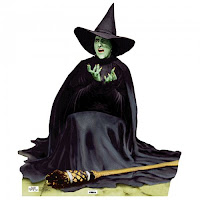 What if you had the choice to be either fat and happy, or thin and witchy? Which would you choose?

I'm starting to wonder if these are my options. Yes, I'm sure there are shades of grey in there, but hear me out: my brain seems to have issues with its neurotransmitters. Namely, I don't think my serotonin/dopamine/beta-endorphin connections work properly. I say this from years of struggling with low-level anxiety (with some high-level flare ups), occasional depression, and pretty much daily irritability. I don't think my brain works properly.

In the past I've gone on SSRI's for help - both times after my kids were born and I sank rapidly (hook, line, and sinker) into terrible, terrible post-partum anxiety and depression. Which is again a good reminder to me a lot of this battle is chemical, and nothing emotional reasoning seems to be able to change.

When I go on SSRI's, they do help with the irritability, and they definitely help when the anxiety gets out of control. They also have side effects. If I'm on a higher dose, I seem to be happier in some ways, but much less interested in my husband (sorry, honey). And, I've learned, I feel compelled to eat. Carbs. Chocolate. And lots of it.

The unintentional experiment which made me catch on to this happened in the last two years - I was still struggling with some irritability and asked to go up on the SSRI. Next thing I knew, I was eating all the time. I felt DRIVEN to eat. I gained 15+ pounds. When I realized this, I told the doctor I wanted to go back down. The compulsion lessened. I'm still a compulsive eater, I would still binge, but it was nothing like it had been when I was on the higher SSRI dose (plus, l got interested in my husband again! *waggly eyebrows*). So I stuck with the lower dose, even though my moods and my foods weren't perfect. The higher dose wasn't worth it to me.

Well, a few months ago I decided I wanted to see if I could get off the SSRI. Yes, I know, it seems silly - if it's working to ease the worst of the crappy moods, why change? I don't know. I wanted to see what I would feel like without chemical aid. AND we had decided to give our son 5HTP (a supposedly natural serotonin maker) to see if it helped HIS moods. I thought I'd try it on me, too - first, so that I could know if it did anything really wonky, and second, because the idea of having my body make MORE serotonin, rather than just keeping it from reabsorbing what little was there (a la the SSRI), seemed to make sense. So I've been taking 5HTP for about a month and a half.

I've been a bitch. No doubt about it. Yes, being sick for so long impacted that. But when your basic underlying feeling is witchiness, um, it doesn't feel good. So I decided about a week ago to up my 5HTP intake from 100 mg to 200 mg - I figured it was still half the dose I'd read might be appropriate (it's been hard to find dosage charts, but the one I did find recommends 2mg per pound of body weight, so at 200 mg I'm still well below what this chart recommends).

Have I felt better? Yes, actually, I have. Again, perhaps it's from coming out of the sickness. Perhaps it's even from trying to change my parenting style from Total Bitch to Gentle Counselor. Or maybe I could make that parenting switch *because* the 5HTP is making more feel-good serotonin? I don't know.

What I DO know is for the past week ALL I've wanted to do is EAT. EAT EAT EAT. And I have. I've been struggling with bingeing about every day. On bready sweet carbs. Today I even broke down and bought a chocolate bar - my binge food of choice. Yes, it was just one. But once I ate it, I went on to eat 2 croissants and some Doritos. Hello, Binge Monster. I hate you.

Battling the guilt in my head as I realized I'd just inhaled an entire day's calories in the space of about 10 minutes, I once again wondered what the heck was going on? I've been doing so well on SparkPeople, limiting calories and foods, dropping about 10 pounds. I wasn't even craving chocolate on Halloween and didn't eat any! But this week? Watch out!

And it finally occurred to me that the one change I had made was the 5HTP. I've doubled it. I've been nicer, but voraciously hungry for carbs. And I know some people say, "Well, just don't eat them! Don't keep them in the house! Eat veggies instead!" All great ideas, but it's like saying "Don't think about monkeys!" and trying to keep the image of a monkey out of your head, or turning on the faucet and telling someone not to think about peeing. It's not impossible, but it's darn hard.

I'm not saying it's 100% the 5HTP. Bingeing is a complex issue, compulsive overeating is complex struggle that tends to build on itself. However, it's going to be kind of easy to find out: I'm going to cut the 5HTP back in half and see what happens. *If* this insatiable drive to eat eases up, I'll know.

And then comes the choice: do I stay on a higher dose of 5HTP or Zoloft if it eases the Almighty Bitch, but drives me to eat? Because a side effect of all that eating is, um, more of me. And there's PLENTY of me as there is. Or do I decide to stay on a lower dose and want to bite people's heads off, but at least that's better than biting into chocolate? Is it true, as my husband jokes, that it really IS better to look good than to feel good? Because that's what it feels like it's coming down to right now: Medicate and gain the weight, or go au naturel and tell everyone to go to hell.

I'm sure in some ways it's not as Black and White as that. And perhaps forewarned is forearmed and I'll be able to summon the strength to resist the food now that I know (or have guessed) what's triggering the desire for it. But oh my GOD, I'm tired of this constant battle. It's exhausting. It's depressing. I may win a skirmish here or there, but overall I'm losing the war. And it's an impossible battle. I don't want to be this overweight. I CERTAINLY don't want to gain MORE weight. But I'm also really tired of feeling like such a grouchy, cranky, witchy, not-fun-to-be-around person/wife/parent. *I* don't even like me lately; I can't imagine what my family thinks.

So what would you choose? Fat and Sassy, or Bitchy but Thin(ner)?
Posted by Unknown at 12:57 PM 1 comment: Links to this post

Mother, Can You Spare A Dime?

An excerpt from my afternoon.

The scene: driving home from Walmart. We are two minutes from home. I am entering the left turn lane to turn into our neighborhood.

I look into the rearview mirror and see the dime stuck perpendicularly in my daughter's bottom teeth.

And how was  YOUR afternoon?
Posted by Unknown at 7:35 PM No comments: Links to this post

Words From The Back Seat

A recent conversation from the car:

Jefferson (in monotone voice, as if taking dictation): "Look - up - hissy - fit."
Eleanor, from the back row of the van: "*I* will look up 'hissy fit' when we get home because I'm a 'PUTER EXPERT!"

O.K., it cracked us all up. And ended the stoplight sighing.
Posted by Unknown at 4:29 PM No comments: Links to this post 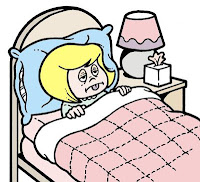 At the beginning of October I had some sort of 2-day fatigue-and-oogy virus. No big deal. Except the next week I caught the Head Cold From Hell - which started out for 3 days feeling like allergies (although Claritin and Zyrtec did NOTHING), but by day 4 I could tell it was a cold with all the lovely phlegmy things a head cold entails. This cold stuck around for about 10 days.

Even that might not have been so bad, but then the last week of October I caught The Plague. O.K., it wasn't really the plague - just a bad flu-like virus. I'm guessing coxsackie virus, a..k.a. Hand-Foot-Mouth disease, based on the blisters in my throat. Then again, I'm not a doctor. But I saw one twice in the space of  5 days - that's how bad I felt. 101.8 temp for several days, chills, aches, severe sore throat, severe sore ears and swollen neck glands. Phlegm phlegm phlegm phlegm phlegm (I went through 7 boxes of Kleenex ON MY OWN). And a hacking, nasty cough. I just felt gawd-awful. And it lasted for pretty much 14 days.

2 + 10 + 14 = 26 days of illness in the space of about 5 weeks. Is that enough to discourage you? It was me. Because of course I'm not sick in a vacuum. I'm not sick in the times when it was easy to be sick - childhood, and college. I'm sick as a stay-at-home mom. That means I have to try to deal with my kids and every other mundane detail while sick. Or ask my husband to help, which means he misses work. And which means he gets in a bad mood after about a day or two. I don't exactly blame him, but I could do with a little more empathy and a little less Bitter Martyr Syndrome.

But by Tuesday of this week (11/9), I felt awesome! I went to the gym! I gloried in the sunshine! I had energy! Life was good! By Wednesday, my voice was hoarse for half the day. By today (Thursday), I have a mild sore throat and mildly sore ears and a SEVERELY bad attitude. I'm praying this does not turn into something bigger. And if it is, I'm hauling myself back to the doctor to find out if I have HIV or cancer or something. Because I don't know what else to do and I feel like I'm going to snap from the stress and frustration.


Posted by Unknown at 4:13 PM No comments: Links to this post